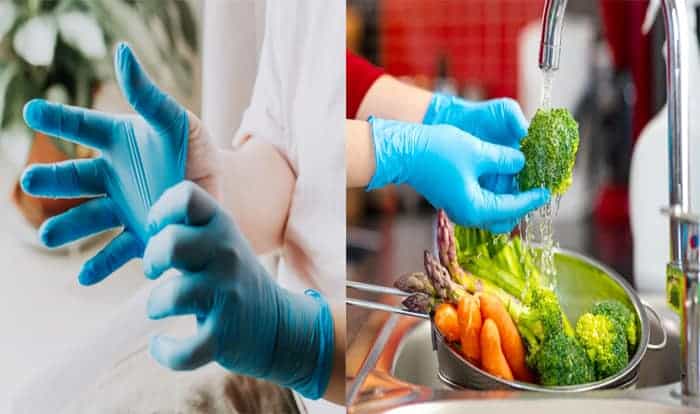 It can be quite tricky to distinguish sterile gloves from non-sterile gloves since they do not have many differences in terms of looks. However, learning about their differences and applications can help you save money and make the most out of them.

If you must purchase disposable gloves for your organization or personal use, may it be a healthcare facility, production procedures, or simply a school project, don’t worry, we’ve got a very brief but comprehensive comparison of sterile vs non-sterile gloves here.

In this article, we will briefly explain the meaning of sterilization, compare the differences between sterile and nonsterile gloves in their applications, packaging, pricing, and production standards. Read below to learn more.

What Does Sterile Mean

Sterilization and disinfection are popular terms in healthcare facilities. But don’t mistake one for another; they do not carry the same meaning. Something sterile is totally clean and free from all living microorganisms, such as a hospital room that has been prepped for surgery. Some popular sterilization techniques are dry heat, ethylene oxide, high-pressure saturated steam, and radiation.

On the other hand, disinfection is the process of cleaning something using liquid chemicals to kill bacteria and other organisms. In short, if you see a product labeled as partially sterile, that means it has gone through disinfection, not sterilization.

How Does the FDA Verify Sterile Products

Before selling and labeling a product as sterile, firstly, manufacturers must prove they have a sterile technique that meets the FDA standards. Then, they will have to perform sterilization testing procedures accordingly. The test requirements depend on multiple factors, such as the production materials and incubation conditions. These testing procedures are rigorous and meticulous, especially for medical-related products.

As said in the names, the main difference between sterile and nonsterile gloves is sterilization. Sterile gloves definition are gloves that have undergone a sterilization process under FDA standards with ethylene oxide or radiation and are free from all kinds of bacteria.

On the other hand, non-sterile, meaning examination gloves that haven’t been sterilized by manufacturers. They are used only as a physical barrier to prevent any pathogen from transmitting between individuals. Besides that, there are other differences between the two:

The main use of sterile gloves are for invasive surgical procedures and operations to keep hand hygiene and prevent surgical site infections. Here is a list of situations where they are required:

However, sterile gloves are not always necessary. Non-sterile gloves have many applications not only in non-invasive medical procedures but also in factories or chemical handling processes.

They are effective in protecting workers against oily substances, acid, and other liquids. Also, they are very helpful in food factories where bacteria transferring needs to be strictly kept to a minimum. Here is a list of common applications of these gloves:

Both types of gloves come in a variety of materials, such as latex, vinyl, or nitrile. Nitrile gloves are the best option when it comes to preventing allergic reactions to natural rubber. Vinyl gloves are cost-effective but face a higher risk of being punctured or torn because vinyl is less elastic. If you have a latex allergy or are looking for replacements, remember there are always other options.

In conclusion, both types of gloves have their places in medical procedures, food productions, chemical factories, and patient care. Learning about their differences can help guarantee their maximum potential.

If you found our article on sterile vs non-sterile gloves comparison helpful, don’t hesitate to share it with others. Also, leave your thoughts in the comment section. We look forward to hearing from you.