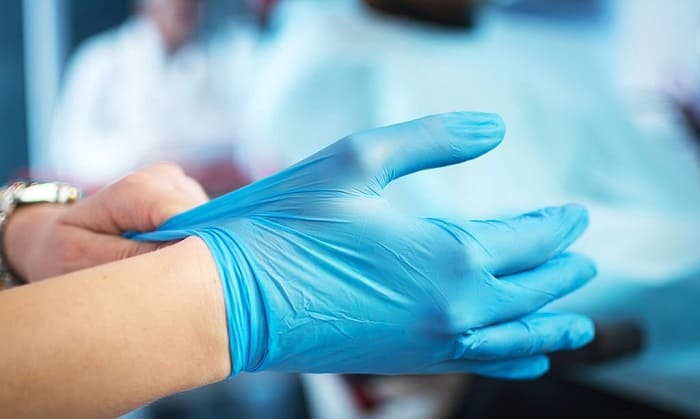 Besides protection, disposable gloves enable workers to hold and control their instruments with high precision. Like many inventions, they were made to address a specific need, and as expected, their origins trace back to a hospital in the United States.

But, did you know that the history of disposable gloves started as a love story? In any case, there is no denying that the invention, later on, became one of the most protective garments.

From Caves to Hospitals 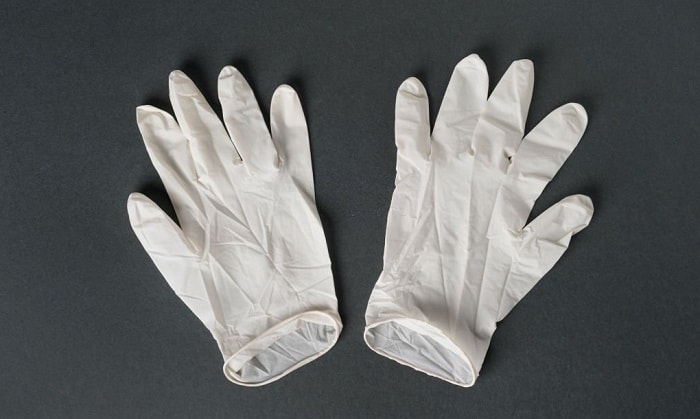 When were gloves invented? It is not clear who invented gloves. Furthermore, there is not an exact date that points to when gloves were invented. According to this National Geographic article, however, Ice Age cave paintings used to show humans wearing simple mittens.

For centuries, gloves were worn by many people from all walks of life. In 1922, a pair of linen gloves were discovered inside Egyptian King Tutankhamun’s tomb. Experts say these were made around 1343 and 1323 B.C.

Fast forward to medieval times, European blacksmiths began wearing gloves made of durable leather. In the same period, warriors put on chainmail gauntlets. The phrase “throwing the gauntlet”, which means challenging someone, is said to have come from this era.

The need for hand covers increased during the 18th and 19th centuries. The reason for this huge demand varied from one person to another.

For the elites, gloves were a status symbol. For the working class in different industries, these hand covers served as barriers against harmful chemicals, bodily fluids, punctures, and many other occupational hazards.

In hospitals, gloves have proven to be useful in preventing contamination on surfaces, patients, and healthcare professionals. However, surgical gloves were not invented until 1889. 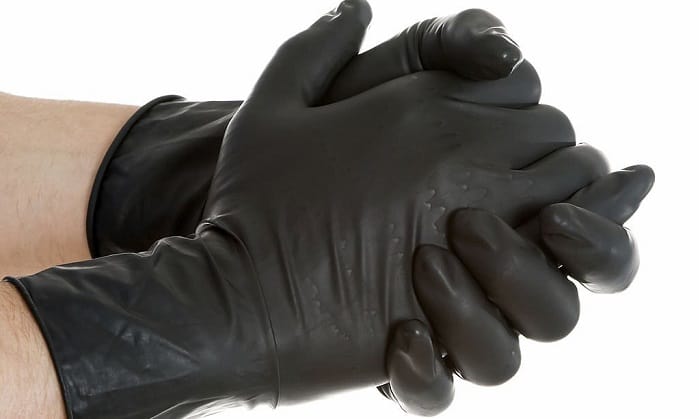 If you want to know when doctors started wearing gloves, let me refer you directly to this John Hopkins Medicine’s website. After all, the man who was credited for inventing the surgical gloves worked in this institution.

It all began when surgeon-in-chief William Stewart Halsted grew concerned about surgical nurse Caroline Hampton’s hands. The two were both working at the John Hopkins Hospital in Baltimore, Maryland.

Hampton suffered occupational dermatitis as a result of handling mercuric chloride. This prompted Halsted to reach out to Goodyear Rubber Company to create a pair of thin rubber gloves.

Although the gloves were a product of an experiment, they turned out to be sufficient in serving their purpose. Hence, Halsted availed more pairs.

Before the surgical gloves were invented, however, this Washington Post article reveals that a staff member of the hospital observed a burgeoning romance between the surgeon and the nurse.

In June 1890, not too long after Halsted gave Hampton two pairs of rubber gloves customized to fit her hands perfectly, the two married.

Halsted’s team of surgeons eventually used the rubber gloves that he invented but not for the reasons you think. According to SOS Clean Room, the medical community had little to no understanding of cleanliness at this time.

Around 1894, four years after the first surgical gloves were invented, historical records show that 50% of surgical patients died. This article by nitrile.com explains that the surgeons who did not wash their hands between examinations or surgeries were partly to blame.

In that year, another surgeon named Joseph Lister came up with a process to sterilize surgical gloves using carbolic acid. Although this is a huge improvement, surgeons still reused the gloves multiple times.

So, when were latex gloves invented?

In 1965, the first latex disposable hospital gloves were invented, according to Amalgamate. That’s over seventy years since the physicians learned to sterilize gloves with carbolic acid!

As to who invented latex gloves, there is no single individual that was credited for the invention. Rather, it was attributed to the Ansell Rubber company.

Thanks to the team’s research, the Ansell Rubber company discovered the use of gamma irradiation to sterilize the gloves, which were then discarded after surgery. Eventually, due to the AIDS epidemic around the 1980s, gloves became mandatory in medicine.

However, the increased use of disposable surgical gloves also led to a rise in allergic reactions due to the latex material. Furthermore, it did not prevent certain chemicals from coming into contact with the wearer’s skin.

Scientist Karen Wetterhahn suffered from complications caused by mercury absorption and eventually died in 1996. Upon investigation, the gloves she wore lacked the thickness necessary to stop the chemical from getting onto her skin.

Beyond the Medical Field

Following Wetterhahn’s death, scientists researched and experimented with glove materials to come up with alternatives to latex. Their efforts paved the way for skin-friendly options like nitrile, vinyl, neoprene, and polyethylene.

Plus, disposable gloves now are available in different levels of thicknesses to suit the needs of workers in various industries.

These days, you will find thin 3-mil gloves for low-hazard tasks. They are normally worn by workers in the food business.

Medical workers, on the other hand, like to wear gloves around 3 to 4 mil in thickness for better hand and finger dexterity.

Despite the disadvantages of latex gloves, they are here to stay. This type of material is quite popular among cleaning and maintenance workers. In terms of protection, they are sufficient for handling cleaning products and biohazards.

When handling harsher chemicals, however, nitrile gloves are deemed a better choice.

For millions of years, people have worn gloves to keep their hands protected from the elements, chemicals, or sharp and abrasive objects. In this article, we also learned that these hand covers were a status symbol.

The history of disposable gloves did not start until William Stewart Halsted attempted to solve nurse Caroline Hampton’s occupational dermatitis.

Since then, doctors and scientists have found new materials to use and improve the design. These innovations not only benefit healthcare personnel but also workers in other industries.