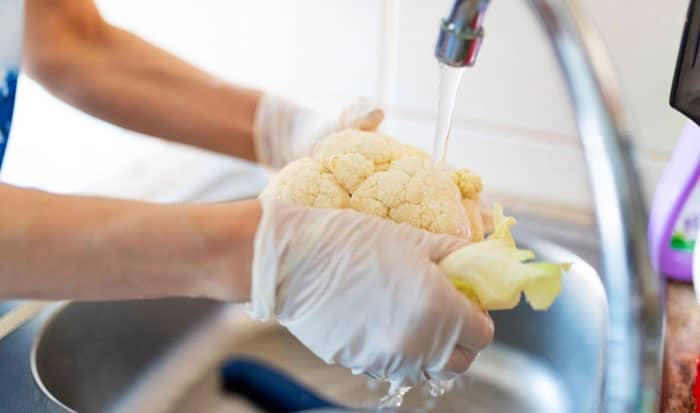 Gloves come in various categories, such as snow gloves, driving gloves, and medical gloves. Medical gloves are the disposable ones that can be used for examination, surgical, or chemotherapy purposes.

There are two types of examination gloves: non-sterile and sterile. Different from sterile gloves, non-sterile gloves used for medical purposes do not go through the process of sterilization. However, they must meet all the standards by the Food and Drug Administration (FDA) and have a 1.5 – 2.5 Acceptable Quality Level (AQL).

Now that I have briefly discussed what is included in this article, let’s jump right into the first section!

Settings in Which Non-Sterile Gloves Are Worn 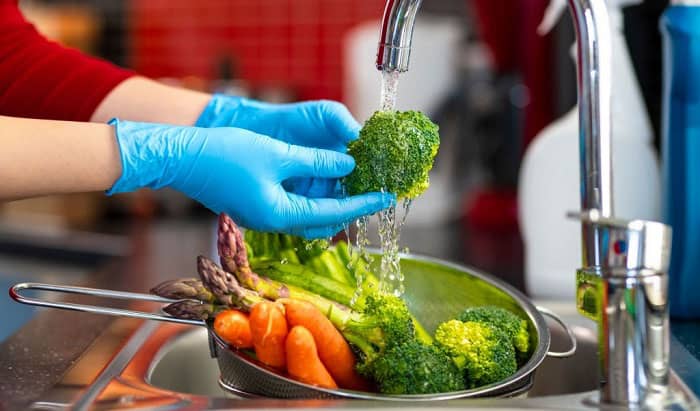 As I have mentioned above, here is the list of three examples of when gloves should be worn:

Non-sterile gloves should always be used when you contact potentially infectious fluid, such as blood, and non-intact skin, like wounds.

One scenario I can think of is when you are in the standard aseptic preparation. You should put on non-sterile gloves before using antiseptic wipes on a patient’s skin or sterilizing medical equipment and instruments. Additionally, providing first-aid to anybody requires the use of non-sterile gloves so that you won’t accidentally infect their open wounds.

Nobody wants to consume something that is touched by another person’s dirty bare hands, right? Thus, it is reasonable that wearing gloves while processing food is vital, especially at the factories. However, a non-sterile pair of gloves should be good enough for this process.

3. Other circumstances in which you need to protect your hand:

Non-sterile gloves are usable in cases where your bare hands need to be protected. For example, when you work in a chemistry lab, it is essential that you put on non-sterile gloves to prevent your hands from direct contact with hazardous chemicals.

Steps to Put on a Pair of Non-sterile Gloves 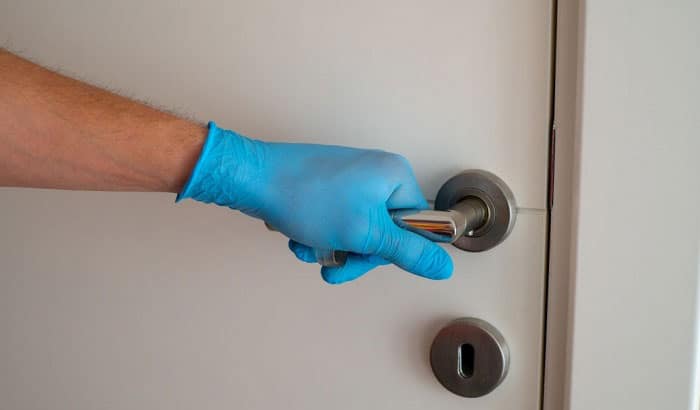 As we have learned the appropriate situation to put on non-sterile gloves, it’s good to follow up with how to properly put them on.

Then, once you have finished your job, you need to know how to get rid of the non-sterile gloves. Surprising as it may be, removing a pair of non-sterile gloves requires some techniques in order to reduce the possibility of microorganisms spreading.

Check out this video for a better illustration of how to put on and remove non-sterile gloves.

This is an extra section about things you might want to know when wearing non-sterile gloves. Firstly, you must make sure that your hand is dry and clean before putting on and after removing the gloves since gloves cannot replace the role of hygiene.

Secondly, in a medical setting, it is very important that a pair of gloves is only used for one patient; you have to change a new one when working with a new patient. Reusing gloves might cause cross-contamination of antibiotic-resistant organisms.

While performing a task on the same person, changing a new pair of gloves is needed whenever the site is changed from a contaminated to non-contaminated one. Moreover, remember that any misuse of non-sterile gloves is associated with the transmissions of pathogens, which are organisms that cause different diseases to humans.

Additionally, since gloves come in various sizes, be sure to choose the gloves that fit you the most. To be more specific, gloves that snugly fit around your wrists and hands but still allow you to freely move your fingers are the best.

I hope that this article has satisfied your query of “When should non-sterile gloves be worn?” Moreover, you can try to apply the techniques to put on and take off gloves using the instructions we have here.

Let me know what you think about this article in the comments. If you enjoyed it, share it with your friends and family as well.

What Are You Looking For?