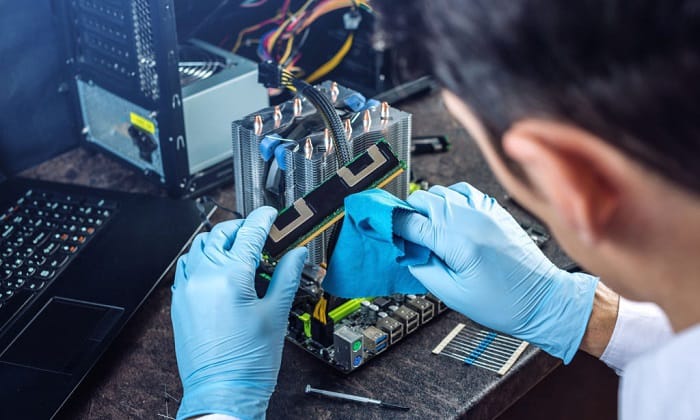 With the development of technology these days, people are fonder of having portable devices such as laptops, tablets, or smartphones. However, it is undeniable that many people still prefer having a PC at home as it is easier to operate on.

Additionally, I find building a PC on my own quite enjoyable and the outcome is so satisfying. Yet, my first time building a PC was quite nervous since I was scared of the electrostatic discharge, just like the majority would be.

“Should I wear gloves when building a PC?” – I wondered. Well, this is when we think we need some kind of protection, such as a pair of gloves. Surprisingly, it has been shown that using gloves for PC building might not be that necessary. Nevertheless, for those who insist on having gloves for working on computers, this article is for you!

If you are ready to get started, proceed to the following section to learn why computer building gloves are not that important when building a PC.

Why Are Wearing Gloves Unnecessary While Building a PC

Rubber gloves are used in numerous cases in which people need some protection for their hands. However, in this case, using rubber gloves may not be that effective in protecting you against static electricity.

It is a common belief that rubber has the ability to protect us against electricity. Still, in fact, a pair of rubber gloves will only increase the chance of damage caused by electrostatic discharge.

Additionally, the use of rubber gloves can make things trickier to handle the PC’s certain parts. For example, the most difficult part is dealing with the motherboard mounted, which requires us to insert our fingers in super tight corners. Apparently, wearing another layer doesn’t help at all.

What if You Really Want to Put on Gloves 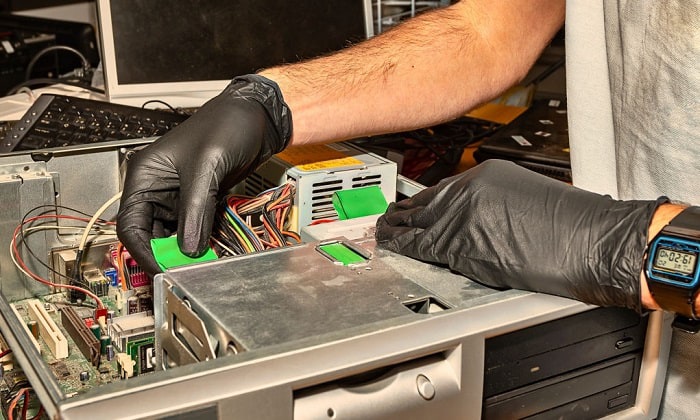 If you are an insecure person and would like to put on a pair of gloves to make sure that you won’t be electrically shocked while trying to build a PC, take into account a pair of antistatic gloves, or so-called the ESD-safe gloves.

Moreover, they are ideal tools for the electronics and microelectronics manufacturing industry. Any tasks involving hand-to-product contact with static-prone products, such as medical equipment, cellphones, or circuit boards, can be performed while using antistatic gloves.

In addition, these gloves are often used in particle-sensitive and low-humidity environments. For instance, they are used in laboratories, semiconductor manufacturers, cleanroom buildings, petrochemical industries, optics, and aerospace companies.

These kinds of gloves are usually reusable, so that you can wash them and use them next time. In addition to a pair of antistatic gloves for building computers, it is advised that you wear an antistatic wrist strap.

Simply wrap the strap tightly around your wrist, but not too tight that you feel uncomfortable, and clip the other strap’s end to a large metal piece. This will reduce your chance of being injured by electrostatic discharge to the lowest probability. Using an antistatic wrist strap without a pair of gloves can also be an option.

What Are Antistatic Gloves Made of

Firstly, latex is known to be the cheapest and the most common material for producing antistatic gloves. This type of antistatic gloves are often processed with a method called chlorinated washing to reduce the possibility of contamination both outside and inside of them. However, note that latex-allergic people should not use these gloves.

Another material that is used in the production of antistatic gloves is vinyl, which is a better alternative for those who are allergic to latex. Nevertheless, one disadvantage of these gloves is that they are not as durable as the latex ones.

Some gloves also are manufactured from fabric and cotton, but these often leave small fibers on our computer parts. Yet, the biggest advantage of these gloves is that they are cost-saving since cotton gloves are washable and thus, reusable.

Last but not least, nitrile gloves are the best choice for building a PC. Obviously, nitrile gloves are suitable for latex-allergic workers as they are not made from latex. Additionally, they often come in approximately 3-5 millimeters of thickness that provide better dexterity and protection than the other materials.

Thanks to its excellent property, nitrile is not as vulnerable as latex when it comes to contact with hard and sharp corners of the PC’s parts. You can also apply some baby powder in advance to put on the gloves to absorb your sweat while wearing for a long time.

Due to all the strengths of this material, the price of a pair of nitrile gloves is comparatively higher than other gloves of different materials. Thus, you should take into consideration your financial capability when purchasing these gloves.

What Else Should You Do if You Aren’t Wearing Gloves 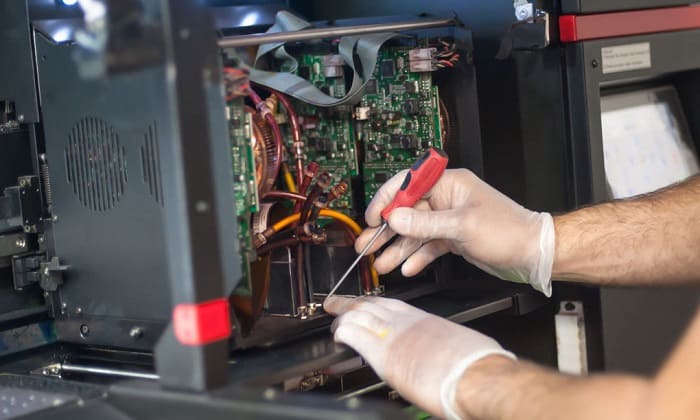 For those who prefer not to wear gloves while building a computer, here are some tips that may be helpful:

In short, should I wear gloves when building a PC? The answer is simply no, but if you want to do so, a pair of antistatic gloves should be good. Different gloves materials depend on your need and finance to choose one.